No one wants to deal with the stress of resolving legal disputes. The process can be demanding, hence exhausting. However, disagreements between two parties inevitably happen from time to time. In fact, it occurs more often than we know, making it more important for us to understand the different methods of settling a legal dispute.

A legal dispute can be any legal action, suit, or proceeding between or among the parties arising out of or relating to any disagreement, conflict, controversy, or claim originating out of or relating to a specific contract or agreement. Legal disputes are court cases initiated by one party against another when they are unable to resolve their disagreements amicably.

For instance, when two parties have a verbal or written contract in which one party is to provide products or services to the other, a legal conflict can occur when one party believes the other has failed to deliver on their promises.

Another type of legal dispute arises when one party believes that it is being taken advantage of, or even defrauded of money by the other party. The numerous lawsuits filed by music recording artists against record labels are an example of this type of legal dispute. A musical group, for instance, might not want a record label to extract individual songs from its albums and sell them digitally.

There are a variety of options for resolving legal disputes. The most common one is going to court. However, there are methods other than the traditional court trial known as “Alternative Dispute Resolution” (ADR). ADR refers to the different ways people can resolve disputes without a trial. ADR procedures are generally confidential, less formal, and less stressful than traditional court proceedings. This article will discuss three common ADR practices you and your attorney can pursue in the face of a legal dispute.

Negotiation is a systematic procedure based on bipartite dialogue between conflicting parties. Its goal is for both parties to reach an agreement that is mutually beneficial for them. Sometimes negotiation can be relatively informal as it can happen in everyday situations. For example, a vendor negotiating with a customer over the price and terms of a sale. It can also be a formal method to resolve interpersonal, intergroup, and interstate conflicts. For instance, we often see a conflict between the marketing and production units within a corporation as each vies for more resources to accomplish subgoals. People negotiate to resolve these kinds of problems.

Mediation is a non-binding method of resolving legal disputes. In this method, the disputing party hires the help of an independent and unbiased third party to aid them and the other party in reaching a mutually acceptable settlement.

People used mediation to resolve many types of disputes such as custody and visitation, probate, personal injury, and malpractice. Mediation can be useful when a dispute involves many questions wherein a mediator can help by clarifying productive steps for solving the problem.

A third party that will serve as the mediator will facilitate the resolution process to assist the parties in reaching a negotiated settlement. The mediator is usually a lawyer, a retired judge, a subject matter expert, or a skilled professional who has received training in various mediation techniques.

A mediator’s job is similar to the parties’ consultants. This means that a mediator does not make decisions for them; rather, he assists the parties in reaching a settlement by listening to the issues, suggesting solutions, and communicating with and persuading them.

Parties seek mediation in a legal dispute when they:

In certain cases, your lawyer may represent you during the mediation, and in most situations, your lawyer should review the mediated agreement to ensure that your legal rights are protected and to assist you in putting the agreement in writing.

Arbitration is a means of resolving a dispute without having to file a lawsuit. It’s usually done in a meeting room, and both parties have the right to legal representation throughout the whole process. Witnesses and testimonies from both parties will be heard, and they will be given the opportunity to examine any evidence which will be presented by the other party. This procedure is less formal and, in most cases, less costly than a court trial.

In arbitration, a third party, known as the arbitrator, acts as a private court and decides on the parties’ conflict. An arbitrator could be an attorney, an expert in a particular field, or even a retired judge. The parties are responsible for paying for the arbitrator’s services.

Often, the parties choose arbitration over court simply because it is faster, easier, and less expensive. In some situations, when both parties sign a contract with an “arbitration clause,” they are required to employ arbitration in the event that any contract-related dispute arises. In other words, a party’s right to refer a dispute to arbitration is contingent on the presence of an agreement, known as the Arbitration Agreement, between them and other parties.

See other legal documents that you may use to protect your rights.

The grounds for challenging or appealing an award differ depending on certain factors such as the arbitration agreement’s contents, the arbitral’s seat, and the institutional regulations. Although rare, the parties can challenge a tribunal’s findings of fact. If the tribunal has not conducted itself properly, has answered questions it should not have answered, or, in some cases, made an error of law, a party can go to court to ask for the award to be set aside or sent back to the tribunal to make its decision properly.

The best way to settle a legal dispute is through amicable settlements. If you can find ways to resolve your conflicts through negotiation, it is best you do so. However, there are extreme cases that require the involvement of a third party, such as a mediator or an arbitrator. If this is the case, you should consult a legal expert for advice to let you know the necessary steps you need to take to defend your rights.

How to apply for an EIN for your business?

5 Tips for Staying Organized While Investing

➤ We’re Accepting Guest Posts and Content Collaborations
➤ Guide to Commonly Used IRS Tax Forms
➤ How to Open an Online Business During the COVID-19 Pandemic
➤ The Ultimate Guide to Freelancing: From Starting to Succeeding 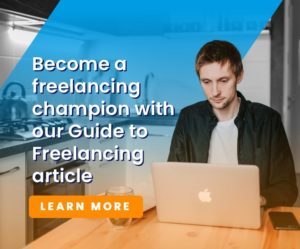